Fin-Nor came out with their direct drive "Wedding Cake" fly reel in 1967 and McChristian decided to shift gears and produce an anti-reverse fly reel for anglers who preferred that style of reel.  His first model was dubbed the "S Handle" reel and it came in both a Salmon and Tarpon size.  Later McChristian redesigned his anti-reverse reel and added a Marlin size to the line-up. 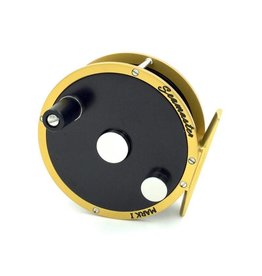 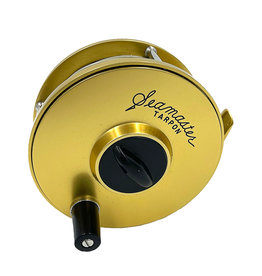