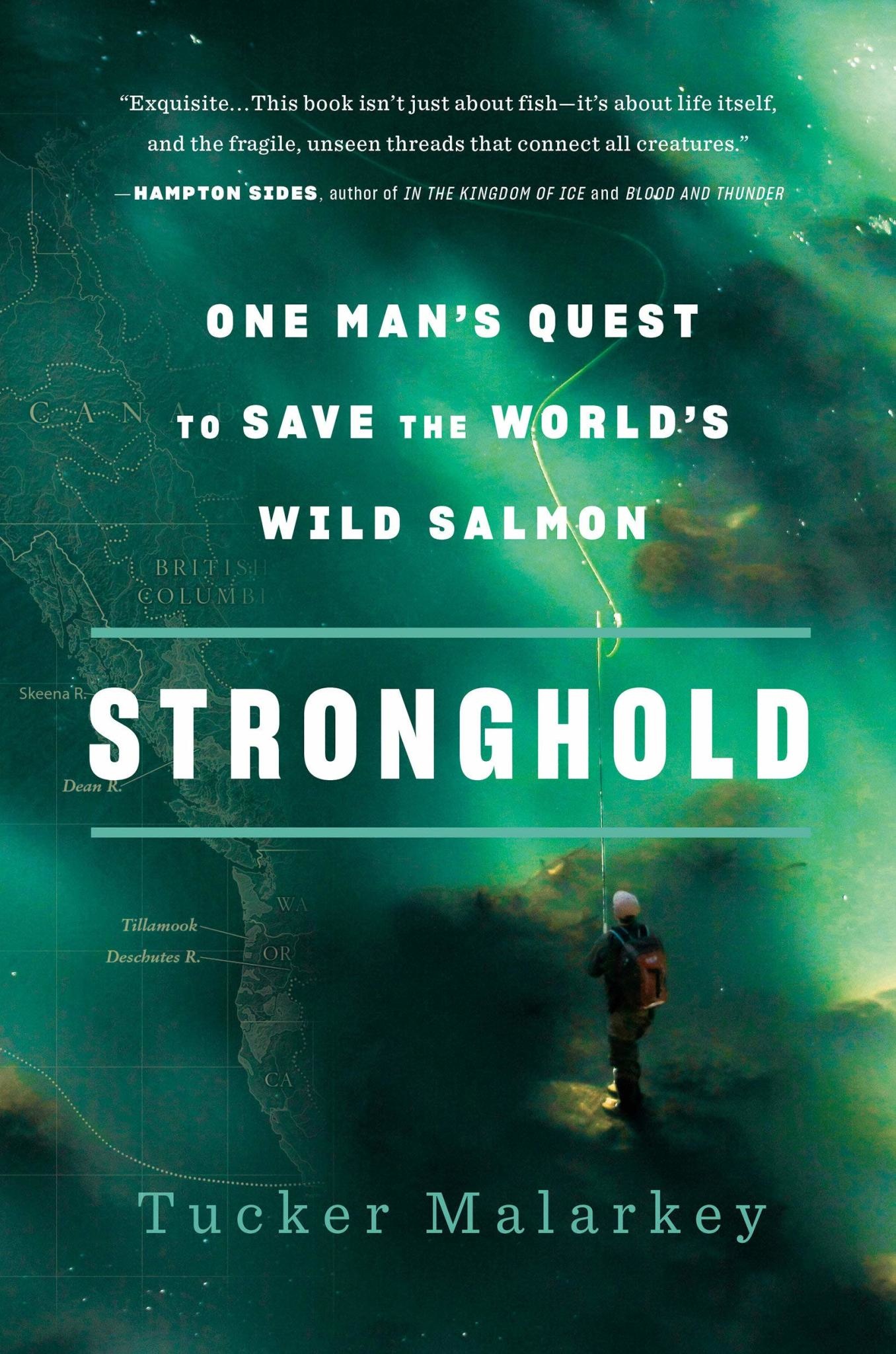 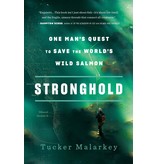 Stronghold, by Tucker Malarkey, follows Wild Salmon Center CEO Guido Rahr on his lifelong journey to becoming a passionate leader for Pacific salmon conservation and a voice for protecting the world’s last, great salmon rivers. It’s an adventure story peppered with colorful characters, and it travels from the cloud forests of Chiapas, Mexico, to the wild braided rivers of the Russian Far East, to the upper echelons of power in Washington, DC.

In the short video, Rahr talks about a life built around salmon, rivers and the fight to protect to the North Pacific’s keystone species.

“This book isn’t just about fish; it’s about life itself, and the fragile, unseen threads that connect all creatures across this beleaguered orb we call home. Guido Rahr’s quest to save the world’s wild salmon should serve as an inspiration, and a provocation, for us all, and Malarkey’s exquisite book captures his weird and wonderful story with poignancy, humor, and grace.” —Hampton Sides, author of In the Kingdom of Ice and Blood and Thunder

“A crazy good, intensely lived book that reads like an international thriller — only it’s our beloved salmon playing the part of diamonds or oil or gold.” — David James Duncan, author of The River Why and The Brothers K

“Discover the bold mission to save the world’s last great salmon habitat in a remarkable account of one man who is making a difference in our time on this precious planet.” — Tom Brokaw

“A powerful and inspiring story. Guido Rahr’s mission to save the wild Pacific salmon leads him into adventures that make for a breathtakingly exciting read.” — Ian Frazier, author of Travels in Siberia

“Stronghold serves up environmental writing as clear as the world’s most pristine waters. . . . Ms. Malarkey has pulled off the rather remarkable feat of capturing her unusual cousin and his mission in words—the journalistic equivalent of snagging an elusive, 80- pound trophy taimen on a fly.” —Heller McAlpin, Wall Street Journal

“Stronghold is first and foremost a story of adventure, danger, and intrigue. Full of surly Russian bush pilots, specially bred bear defense huskies, and close-up encounters with salmon and taimen in some of the last unexplored waters on earth.” —Dave Karczynski, Fly Fisherman Magazine

The Mi-­8 was packed beyond all reasonable capacity. Thirty-­two passengers, two zodiacs with outboard jet engines, three whitewater rafts, six wall tents, scientific equipment, rods, food, and miscellaneous gear filled the chopper from floor to ceiling. The only way back to civilization was over the Sredinny mountain range, whose peaks rose to more than eleven thousand feet. The pilot tapped his watch to urge one last passenger on board, but Guido Rahr refused. Inside the helicopter the group was getting restless. Their fuel was limited and the weather was shifting. What was the holdup? The men conferred loudly over the thrum of the whirling rotor. What was going on?

In bush flying, it’s said that if you can get the doors of a helicopter closed, it will fly. The Mi-­8 had two powerful turbine engines and was built for the toughest conditions. But with the weight of the gear and a section of heavy oil-drilling pipe, the chopper’s wheels had sunk into the soft meadow soil and the fuselage was resting on the ground. The battered old helicopter with its oil-­streaked hull looked too much like a death trap. Guido turned away from the distressing sight to study the weather. The gathering of low clouds forced his decision. He marched resolutely to the helicopter and squeezed himself in with the others. It would be a tragedy for the group and their invaluable data to perish on the return trip, but what choice did they have? The doors closed—­barely. The passengers sat grimly along the sides of the fuselage, trapped by the mountain of gear around them.

Among them were elite fly fishermen and some of Russia’s and America’s top scientists. Together they had explored one of Russia’s many untouched salmon rivers on the peninsula of Kamchatka. Somewhere in the chopper sprigs of vegetation and river water floated in tubes and canisters of liquid nitrogen preserved fish scales and fin clippings. Packed away in waterproof bags were notebooks that held sketches and topographical measurements. Together, these gathered bits described an immense ecosystem Americans hadn’t known existed. It was an ecosystem based on salmon. If they made it home, the team of scientists could help to change the way people saw salmon and their rivers forever.

The difficulty was in reaching this remote region, and in getting back home again.

Guido settled himself among his companions. Churning at full throttle, the turbine could barely lift them. It groaned and trembled before heaving itself upward, then rose slowly above the forest, sending leaves and branches whirling. The pilot dropped the nose of the chopper and headed south, flying so low over the forest that the branches seemed to brush the bottom of the craft.

They stayed low for a hundred miles, flying over the Kolpakova, Varavskaya, and Kol rivers. Through the windows the passengers could glimpse a vast landscape of forests, rivers, and mountains. The Sea of Okhotsk glittered to the west. To the east were mountain slopes dusted with the first snow of winter. Below were hills blanketed in a gold-­and-­orange mosaic of stone birch and river valleys marked by still-green bands of cottonwood and alder.

Guido had a view of the cockpit. The pilot was on the left, the navigator on the right, and the mechanic in the middle. It boded well that all three had some gray hair, and likely were veteran Russian pilots who had fought in the Afghan war. The pilot was looking for a break in the peaks. Guido watched his stoic face in half-­profile as he decided on a route and headed straight toward the base of the mountain range. As the land began to rise, the pilot held his course. The chopper seemed ready to kiss the earth when the air pressure from the blades meeting the ground pushed it aloft. A few hundred yards later they were heading straight back into the mountain again, this time barely missing a copse of pines.

No one spoke as they stair-­stepped up the mountain. Each passenger was sealed in his own isolation. Not all of them could see what was happening, but they could feel it. The chopper was hopping lamely from forest to tundra to snowpack. As they climbed higher, the engines labored in the thinning air.

Guido watched through the cockpit as the volcanic ridge above them approached. The vegetation below had given way to rock, snow, and ice. When they broke through the clouds, Guido got a partial view of two jagged rocky peaks with a slight dip in between, defined by a long ridge of windblown snow. The final precipice rose before them like a wall.

At the top of the ridge was a thin cornice of snow, as sharp as a razor. The helicopter throbbed and whined as it reached the summit. Then, they were through.

The other side of the mountain gave way to a thousand feet of vertical cliff. When the ground beneath them disappeared, the helicopter tipped over the cornice and fell. As the Mi-­8 rolled slightly to the left, the cargo began to slide. One of the American passengers stood up and yelled “Oh shit!” and was immediately restrained by the Russian next to him. Any further destabilization could put them into a roll.

As the helicopter fell, its roar and groan were replaced by silence. The men felt weightless as the rotors thumped against the gravity of their descent. Long seconds passed as the blades slowly caught purchase in the thin air and stabilized the chopper. Gradually, it moved forward as well as down, arcing out across the mountain range into the broad valley of the Kamchatka River and the city of Petropavlovsk beyond. Guido strained to see the rivers below. He recognized these transporters of fish as living organisms now, and wanted to observe the idiosyncrasies of their design, where their flow was pinched by canyons, where they curved back on themselves, and where they spread across the plains like light.

Of the many trips to Russia that followed, some would be to Moscow, to do battle behind the walls of the Kremlin. His battle would hurtle him into one of the most formidable, complicated, and unpredictable countries in the world. To protect these perfect rivers, he needed knowledge, money, and power. And he needed them in ­Russia.

Over the next twenty years and twenty-five expeditions, Guido would harness the power of oligarchs and billionaires on two continents to protect vast swaths of pristine wilderness and do more than any man alive to make the United States and Russia realize they were joint custodians of a massive watershed ecosystem held in place by salmon.

It was the salmon that had brought Guido to the fight. He had chased them for most of his life and seemed to take instruction from their wildness, their resilience, and their unwavering purpose. Perhaps the salmon, with their epic migrations and unflagging determination to live, inspired him to choose a course that even those closest to him could sometimes not believe.

It had all started long ago, on the other end of the Pacific Rim, with a wayward towheaded boy and his fishing rod on a river in Oregon. A boy who, from the start, was uncommon. 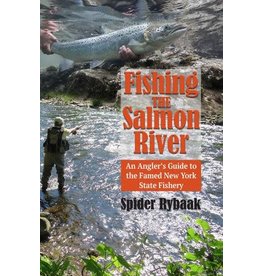 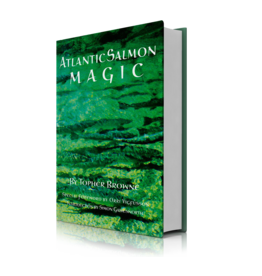