Ari T Hart was a Dutch designer and artist whose passion for fly fishing inspired him to produce some of the most unique fly fishing reels every made. (Ari passed away recently, in July 2021.)

His reel designs were so interesting and unique that one of his reels is in the permanent collection of MOMA, the Museum of Modern Art in New York City.

In the early 1990s, Ari designed and produced the Remco, Aras, and Rainbow reels. It is a Remco reel that was acquired by MOMO for their permanent collection. Ari sold ATH Designs to a company based in Denmark the late 90s and after a business dispute launched a new company in Holland named ATH International.

In addition to the reels he designed and sold commercially, Ari also produced many prototypes and limited edition reels that are extremely rare and collectible.

If you are looking for reels that feature modern designs, are well-made, and have a great history, look no further than the reels from Ari T. Hart, a true fly fishing legend. 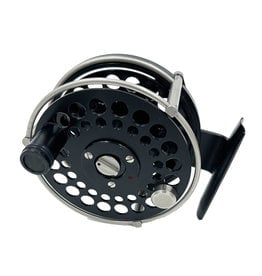